Every event has its own character. That is what the percussionists of Circle Percussion understand and respond to. The right outfits, the right repertoire, the right instruments. Time and again, the drummers manage to captivate the audience with surprising drum acts.

Every event has its own character. That is what the percussionists of Circle Percussion understand and respond to. The right outfits, the right repertoire, the right instruments. Time and again, the drummers manage to captivate the audience with surprising drum acts.

In BANG THAT DRUM, Circle Percussion creates a new breath taking world where untrodden drum paths merge with influences from the latest music trends. The story is supported by a magnificent light show and SINCEPRIKING video projections!

A spectacular opening act, atmospheric interludes, a thrilling closing act... Circle Percussion knows how to respond to the wishes of the client like no other. And in combination, they are extremely suitable for total theatre or a full evening's programme.

Below you'll find a selection from the Circle Percussion productions.

This drum act premiered in June 2017 during a large event in the Werkspoorkathedraal in Utrecht by Maison van den Boer. A month later, the premiere abroad followed on behalf of Marc van Laere Productions.

Aerial entertainment is known to all, but flying drummers in the hall....and then doing somersaults as well?

Air Drummers is the latest sensation!

An extraordinary act that treats you to a musical and acrobatic masterpiece. Particularly suitable for larger productions. These 'Flying Drummers' are an unprecedented spectacle!

Drums Around is the solo act of the moment!

Drums Around: 1 drummer, 1 unique instrument and an enormous dose of energy and visual explosiveness, packed into a short spectacular act.

This act has been developed further due to its success and can also be booked with 3 drummers: Drums Around! XL

Drums of the World

The spectacular of Japan, the energetic of Africa, the swing of South America and the Western drums; we combine all these impressive drum styles. A true spectacle for the senses. Fasten your 'Beat Cells'!

The BeatingHeart can be seen as a short creative version of a corporate film. Filmed and edited in the style of a music video, performed with 'live-sync' percussion.

For your guests, it is an exciting and smooth introduction to your employees, your services and/or your company.

Prior to your event, our film crew will make video recordings of percussionists drumming on your company's attributes. Depending on the sector in which you are active, this can vary from beating on car parts to drumming on machines or parts thereof... everything is possible.

At your event, these images will accompany an impressive live percussion performance. The percussionists play 'live sync' on the impressive range of Circle Percussion instruments.

For special occasions, we also create spectacular openings and tailor-made intermezzos. From small to large in all respects.

Vocals and drums go well together! Alma Nieto and CirclePercussion prove this in their special collaboration. Songs are custom written by our in-house composers. Do you have a themed event?... We write the music and lyrics to fit your needs and then perform it live on stage.

Taking part in a Circle Percussion workshop is a special experience. We invite you to discover the world of rhythm. We do this in a natural, accessible way. Everyone plays at his or her own level. 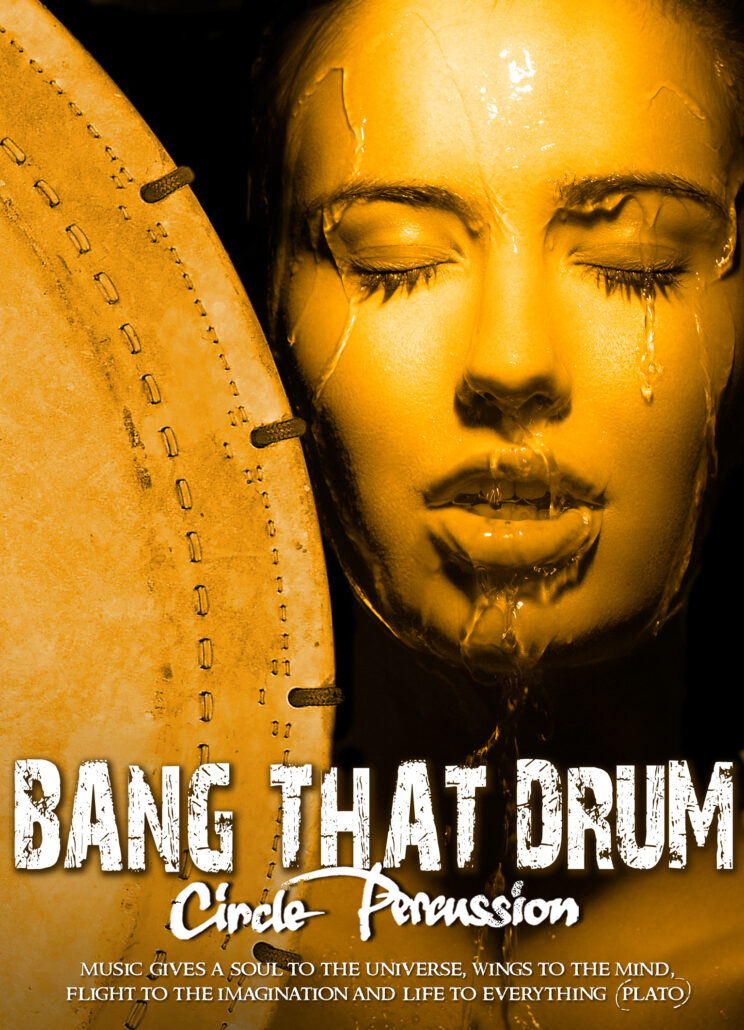 In BANG THAT DRUM, Circle Percussion creates a new breath taking world where untrodden drum paths merge with influences from the latest music trends. The story is supported by a magnificent light show and SINCEPRIKING video projections!

The most swinging and sympathetic percussion group in the country always provides spectacle. This was proved with the successful performances 'Drums Of The World', 'Down To Earth' and 'BIG! MEN! DRUMS'. The drummers of Circle Percussion have been playing at international level for years and have elevated drum music to an art. Typical are their quirky timbre and the hypnotic, elastic and sometimes funny stumbling grooves. At the same time, Circle Percussion has the ability to use their refined drumbeats to get the audience really quiet.

"Sometimes the music is raw and uncomplicated but always catchy and remarkably melodic".

In 'BANG THAT DRUM', Circle Percussion creates a new, breathtaking world in which untrodden drum paths merge with influences from the latest music trends. This makes it new, refreshing and surprising without losing its individuality. It has class and is as overwhelming as ever! The story is supported by a magnificent light show and SINCEPRIKING video projections.

Circle Percussion is as timeless as it is indestructible! Experience it in 'BANG THAT DRUM'. 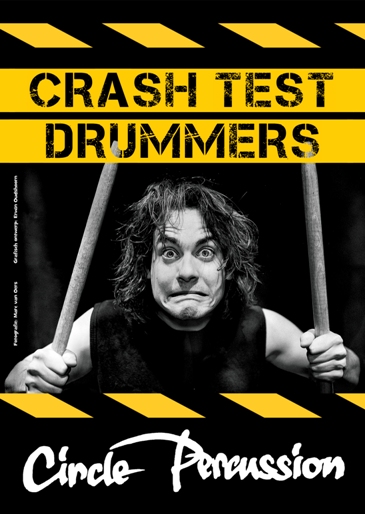 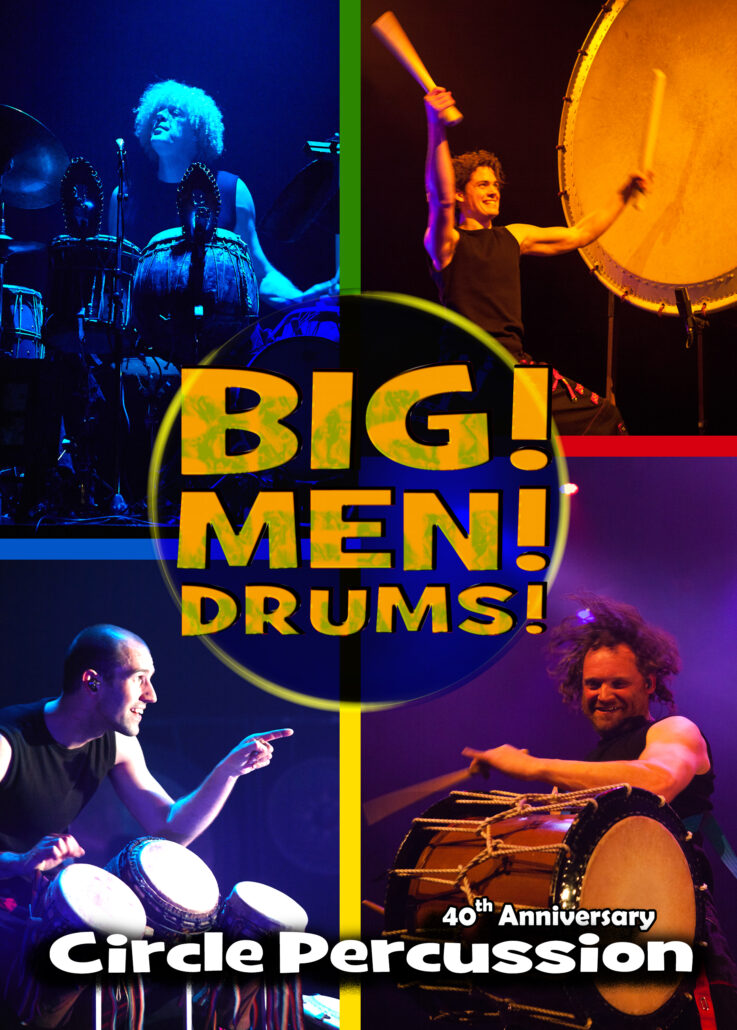 As 'unstoppable drummers', they will figuratively knock the theatre audience off their socks.

Circle Percussion, the founder of the Dutch percussion scene, has been around for no less than forty years. With the fourth generation of drummers, it had great success in recent seasons with 'Drums of the World' and 'Down to Earth'.

With the unpolished 'primal groove' of Willem 'Afrikit' Jansen, the extremely tight swing of Erwin Oudshoorn, the inexhaustible energy of Ronald Boumans and the open-mindedness and humour of Wouter van der Wildt, Circle Percussion is once again pushing the boundaries of contemporary percussion culture.

The group has developed its own inimitable playing style on their very special and extensive set of instruments, which does not lack a healthy dose of musical humour. They conjure with drums as if they were rabbits!

Experience it in BIG! MEN! DRUMS!

The history of taiko

For centuries, the Japanese drum, the taiko, has been an indispensable instrument in Japanese life and culture. However, interest in this instrument declined sharply around the middle of the Meiji era (1868 - 1912). Fortunately, traditional percussion has been enjoying great popularity again in Japan for decades, where groups such as Kodo, and previously Ondekoza, are now flourishing.

The Japanese drum was used in ancient times for hunting, communicating, luring or scaring away wild animals and for encouraging soldiers in battle. The drum was also played by ordinary citizens to add lustre to festivities. Even today, drums still have various functions in Japan.

Around 1965, Tagayasu Den developed a new way of playing the traditional Japanese instruments. At first, he was not interested in the music. He founded a commune with mainly young people, where great physical and mental discipline prevailed.

For years, the Circle Percussion players have patiently mastered the unique Japanese playing styles developed by the famous Kodo group. These playing styles differ fundamentally from the western styles and are experienced as very spectacular by both the players and the audience.

At first, Circle Percussion limited itself to the traditional pieces such as: 'Yatai-bayashi', 'Miyake' and 'Odaiko solo'. They turned out to require a different kind of dedication than western musicians were used to. It has always been the balance between power and beauty that made Japanese drumming so difficult and intriguing at the same time.

As the group of players succeeded in mastering the discipline that Japanese percussion demanded, individual freedom became greater both physically and musically. 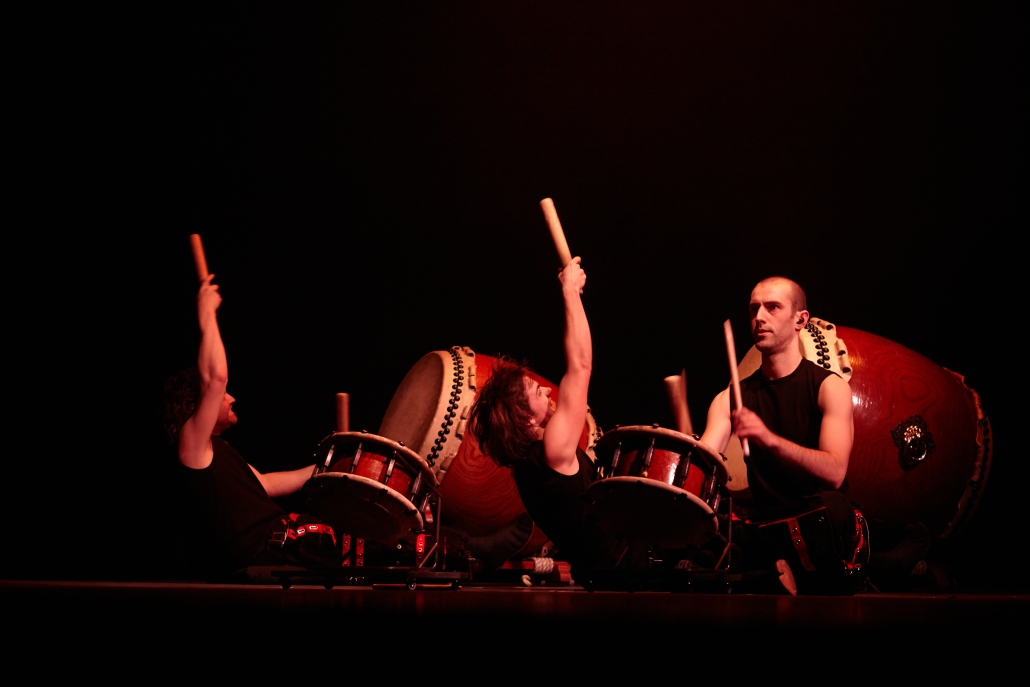 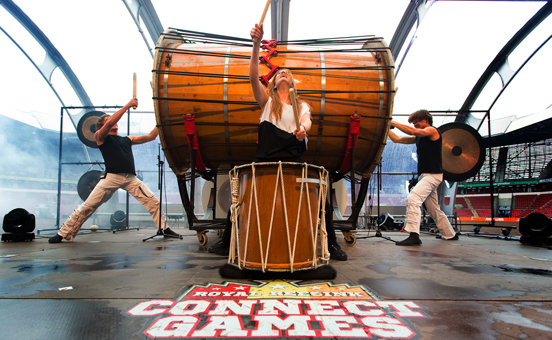 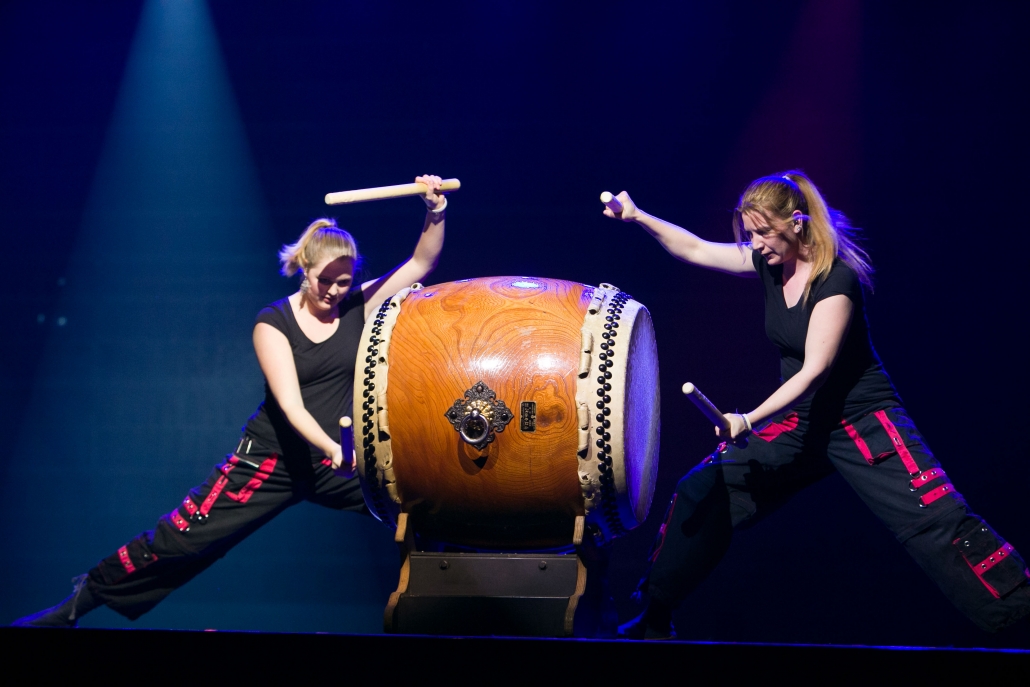 This is a barrel-shaped drum and is basically made of one piece of wood. In the past, the beautiful wood species Zelkova or Keyaki was used, among others. For environmental reasons, nowadays more common glued wood is also used. These very expensive drums are strung with ox skins by means of metal rivets, which makes it difficult to adjust the tension. Such a medium-sized drum easily weighs 85 kg. 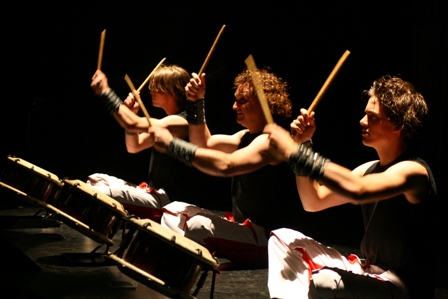 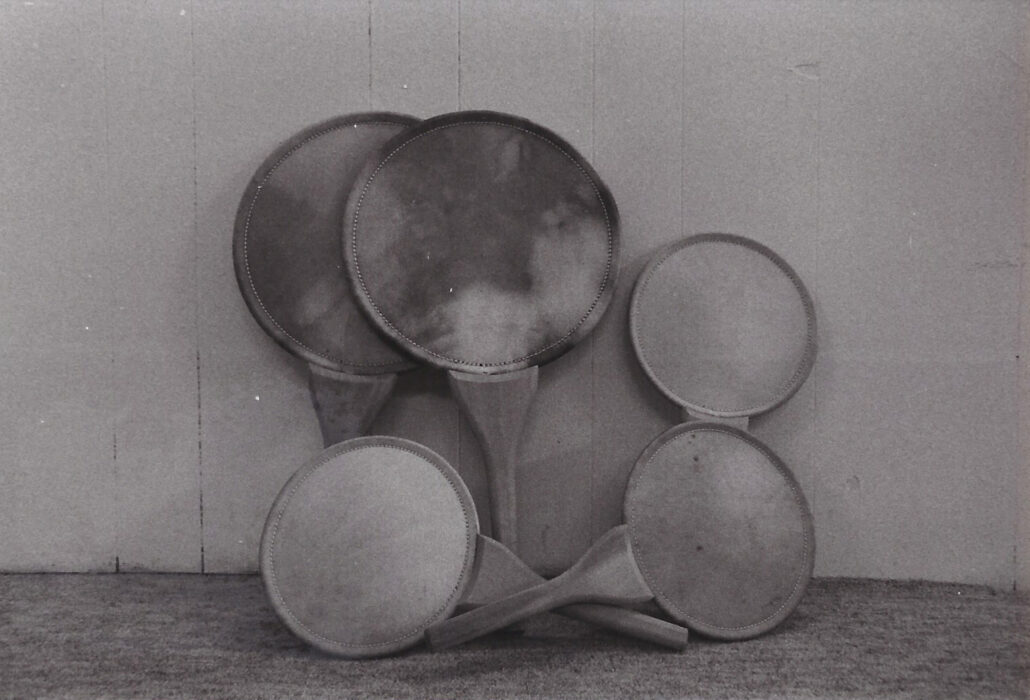 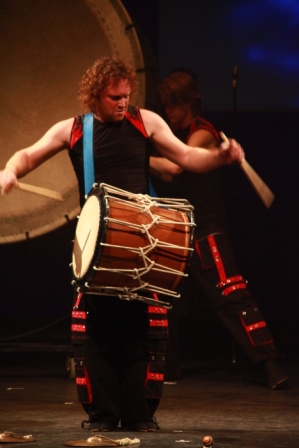 This is a cylindrical Japanese drum that, like its big brother the Okedo O daiko, is made of staves. The drum heads are stretched with ropes. Depending on the diameter of the drum, which can vary from 30 to 100 cm, the drum produces a powerful high to deep dry sound and, compared to other Japanese drums, sounds warmer and more melodious and is less 'penetrating'.

Circle Percussion, founded in 1973 by Michael de Roo under the name 'Circle Ensemble', has been led by business and artistic director Erwin Oudshoorn since 2002. The ensemble was named after the first piece it performed, 'Circles' by Italian composer Luciano Berio. With this performance, the ensemble won a major prize at the international Gaudeamus Competition in 1974. Thus the ensemble determined its guidelines for the future: high-quality performances of contemporary music with a central role for percussion. 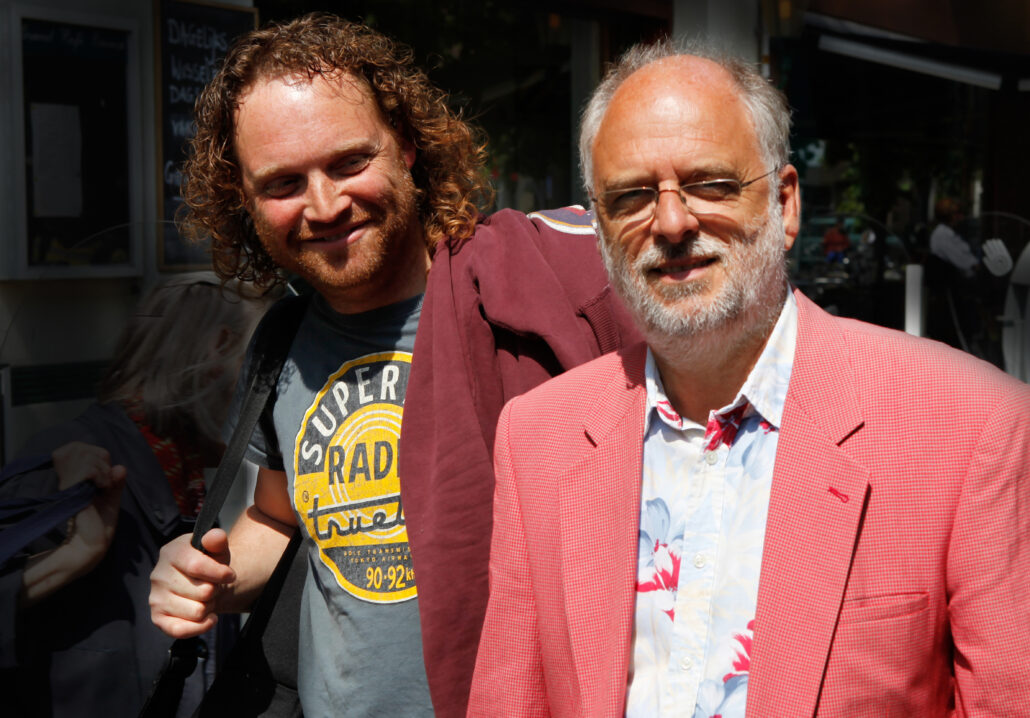 An important development for the ensemble came from its introduction to the visually and musically spectacular Japanese percussion. This resulted in the first concert ever performed on Japanese instruments by non-Japanese percussionists (Holland Festival 1983). 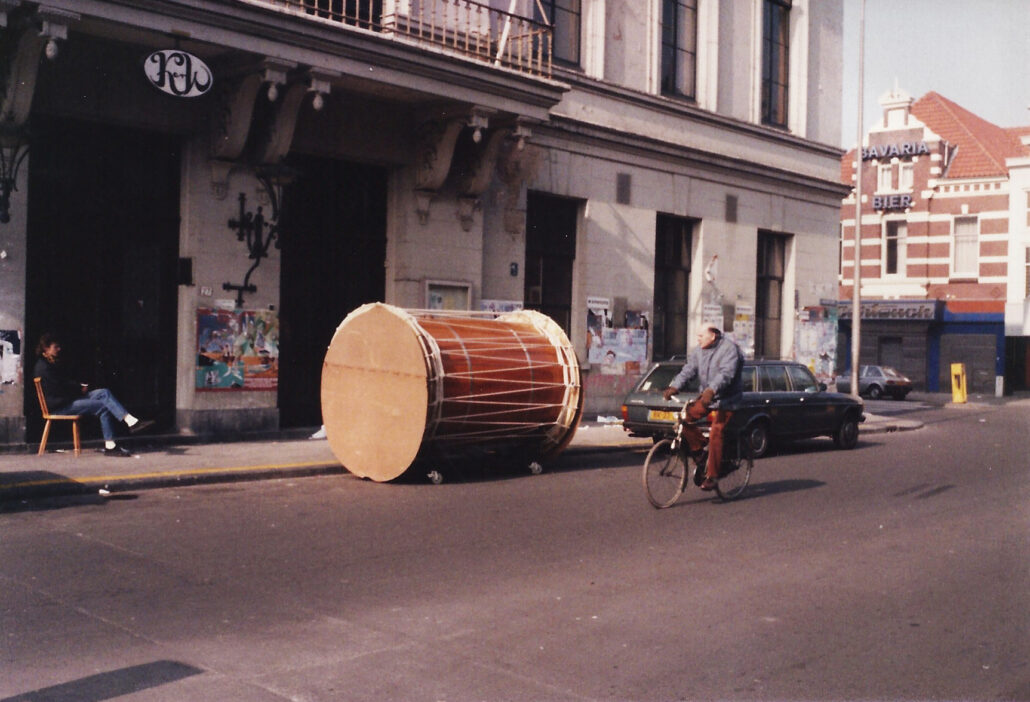 Another highlight for the ensemble was a more than five-week tour of Japan at the invitation of the "Tokyo Summer Festival" (1987). 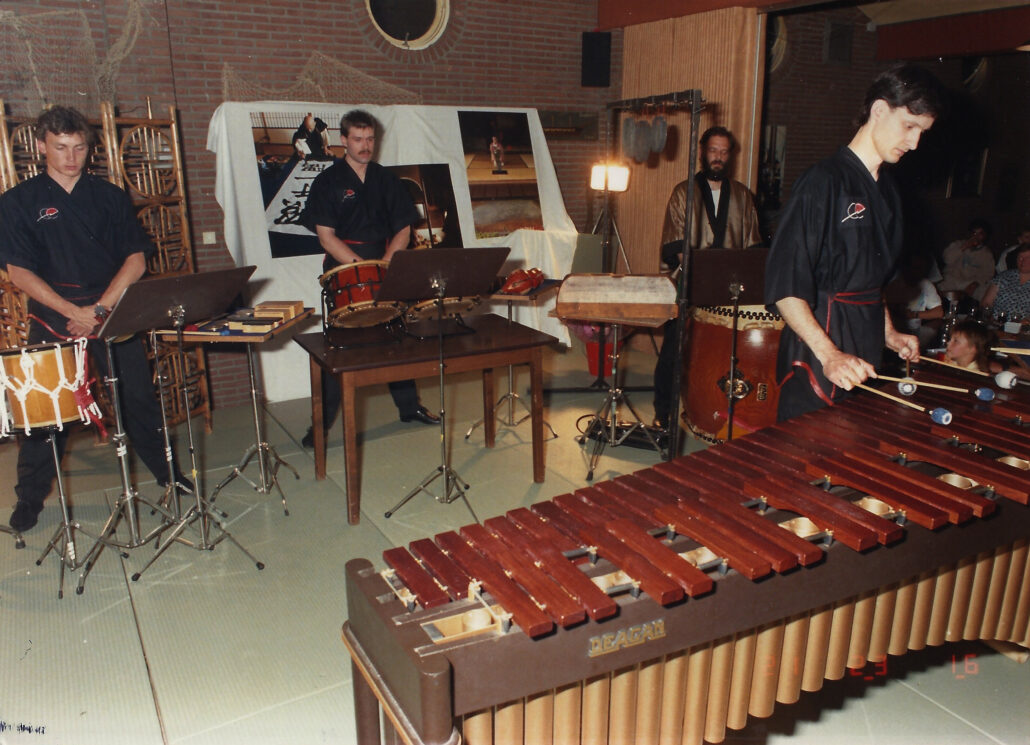 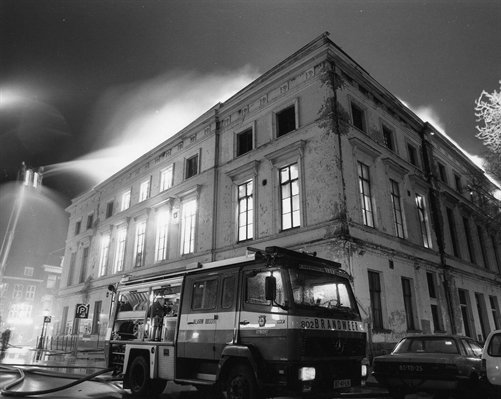 1988 was the year of the major fire in the annex of the Utrecht Conservatory at the Mariaplaats in Utrecht. On 12 March of that year, this historic building and the Circle Ensemble's instruments were almost completely destroyed by fire. Thanks to a benefit concert, in which Jasper van 't Hof and Slagerij van Kampen participated, and generous donations by the Prins Bernhard Cultuurfonds, the collection of special percussion instruments could be rebuilt. To this day, Circle Percussion still speaks of 'before' and 'after' the fire... 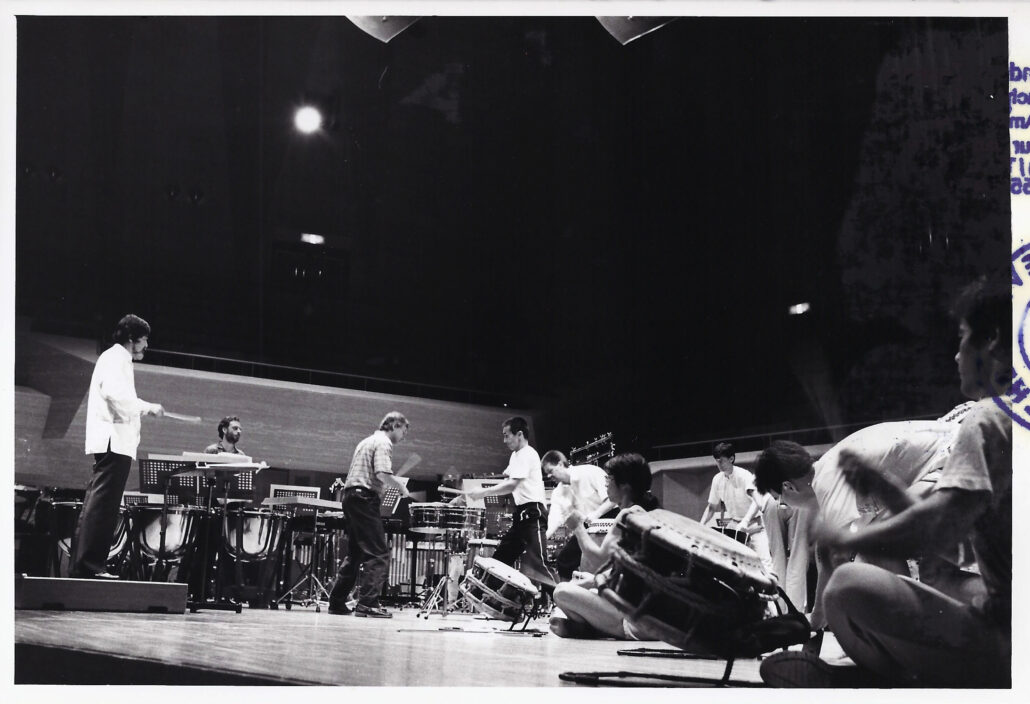 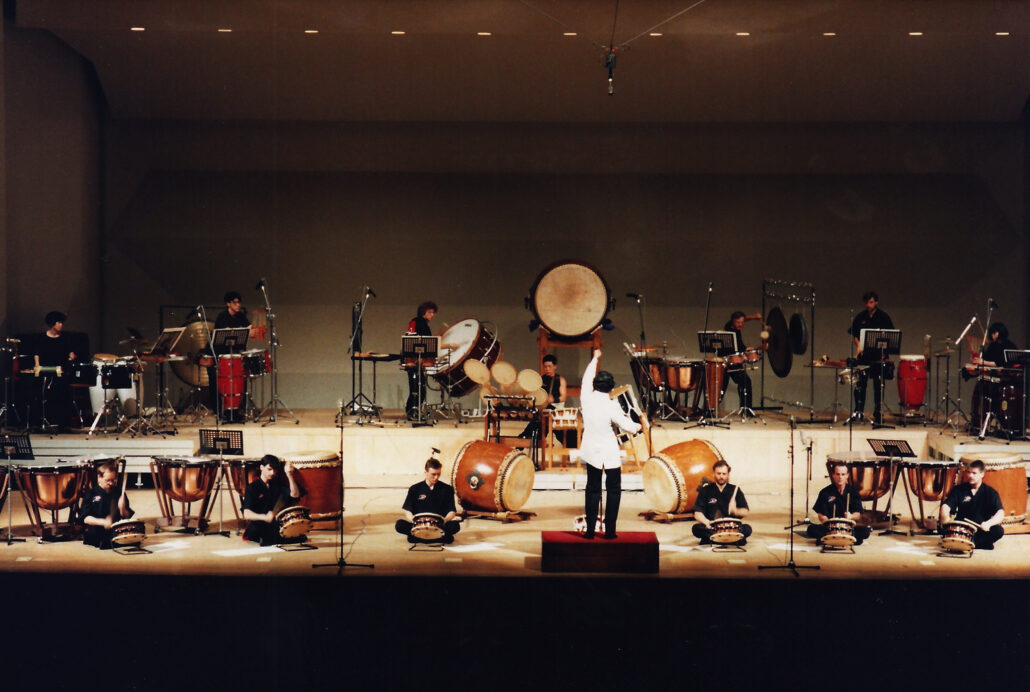 In the same year, the company was invited by Nederlands Dans Theater to take part in the performance of the now world-famous ballet 'Kaguyahime' by choreographer Jiri Kylian. 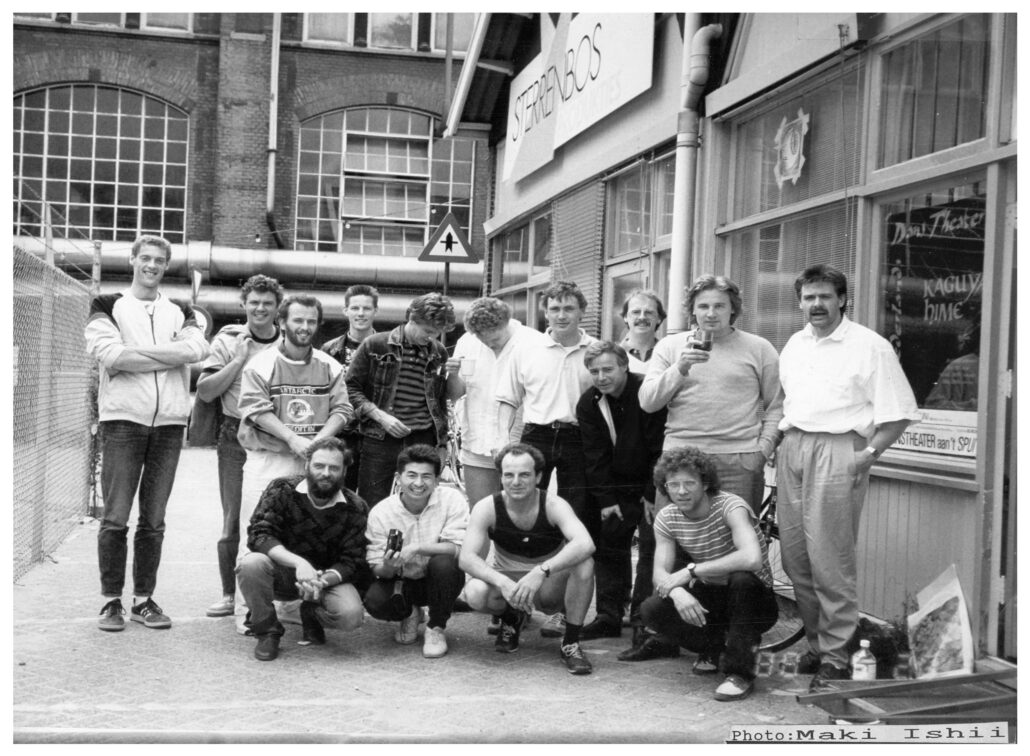 Besides the cooperation with Nederlands Dans Theater, the ensemble has played a major role in various other important productions. Concerts were given in Japan, Israel, Argentina, America, during the World Expo in Seville (Spain) and in Bremen (Germany) as part of the celebration of the first 'Tag der Deutsche Einheid' (Day of the German Unity) (in memory of the fall of the Berlin Wall).

Circle Percussion was also active during the anniversary year of the 100th Olympic Games in Atlanta in 1996, both with the Nederlands Danstheater as part of the performance of Kaguyahime during the Olympic Arts festival, and with the theatre show 'Drums of the World'.

Circle Percussion produced the theatre show 'Drums of the World' in 1996, in collaboration with Anumadutchi. This successful theatre show, which was performed in various versions around the world some 250 times, was a trendsetter in the field of percussion performances. This was the starting point for a successful career in theatre.

With the performance of 'Drums of the World' and the cooperation with the local Taiko trio 'Honoo Daiko' during the Extasia 97′ in Japan, the ensemble was among the absolute highlights of the evening.

Over the years Circle Percussion has played on many major world stages. In India during the opening act of the CLT20 Champions League Cricket in front of 275 million television viewers. In Qatar with artist Norman Perryman with the beautiful production 'Kinetic Painting' and at many festivals and events in for example New York, Buenos Aires, Los Angeles, Dubai, London, Seville, Tel Aviv, Madrid, Valencia and GrahamsTown (South Africa). 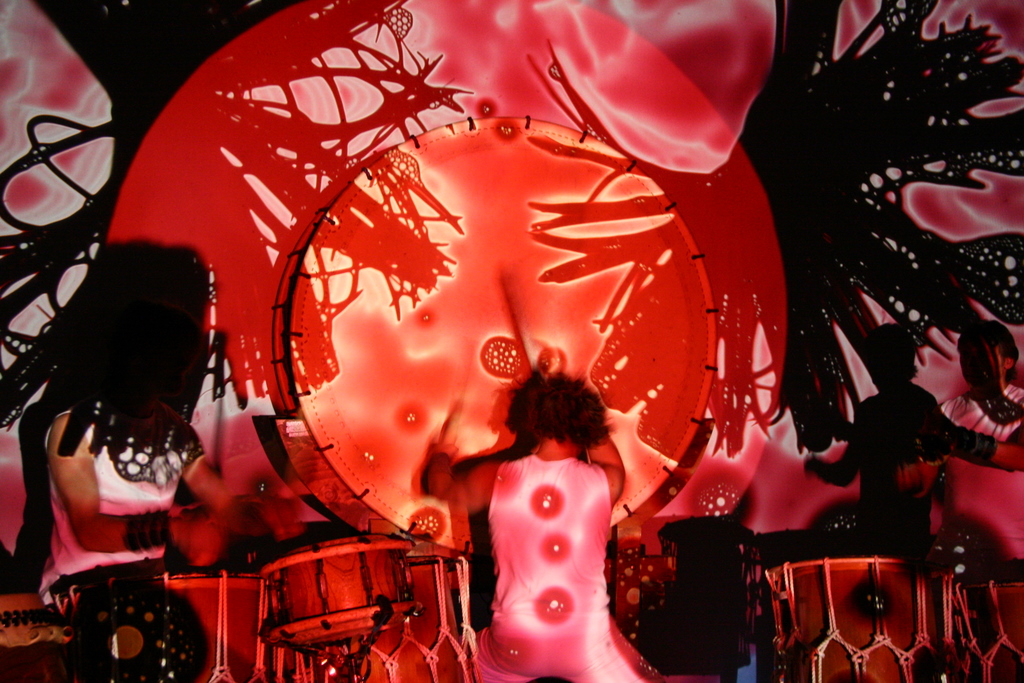 With help from, among others, the Prince Bernard Fund, new instruments are purchased. 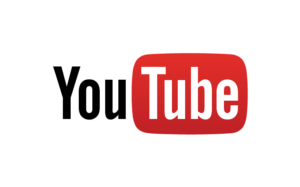